Preserving the past with Mat Collishaw 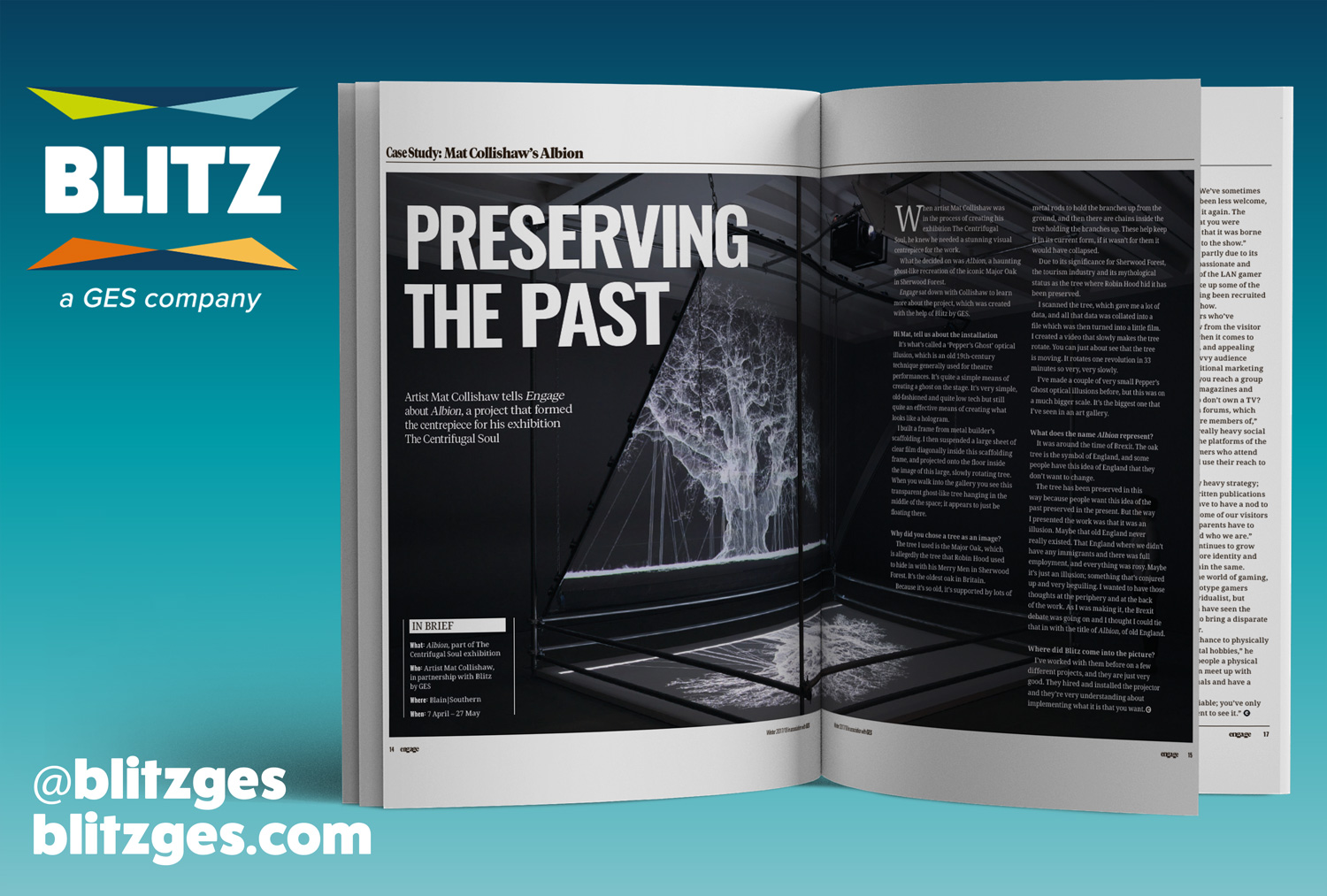 What: Albion, part of The Centrifugal Soul exhibition

Who: Artist Mat Collishaw, in partnership with Blitz by GES

Artist Mat Collishaw tells Engage about Albion, a project that formed the centrepiece for his exhibition "The Centrifugal Soul"

When artist Mat Collishaw was in the process of creating his exhibition The Centrifugal Soul, he knew he needed a stunning visual centrepiece for the work.

What he decided on was Albion, a haunting ghost-like recreation of the iconic Major Oak in Sherwood forest. engage sat down with Collishaw to learn more about the project, which was created with the help of Blitz by GES.

Hi Mat, tell us about the installation

It’s what’s called a ‘Pepper’s Ghost’ optical illusion, which is an old 19th-century technique generally used for theatre performances. It’s quite a simple means of creating a ghost on the stage. It’s very simple, old-fashioned and quite low tech but still quite an effective means of creating what looks like a hologram.

I built a frame from metal builder’s scaffolding. I then suspended a large sheet of clear film diagonally inside this scaffolding frame, and projected onto the floor inside the image of this large, slowly rotating tree. When you walk into the gallery you see this transparent ghost-like tree hanging in the middle of the space; it appears to just be floating there.

Video originally made by Blain|Southern.

Why did you chose a tree as an image?

The tree I used is the Major Oak, which is allegedly the tree that Robin Hood used to hide in with his Merry Men in Sherwood forest. It’s the oldest oak in Britain. Because it’s so old, it’s supported by lots of metal rods to hold the branches up from the ground, and then there are chains inside the tree holding the branches up.

These help keep it in its current form, if it wasn’t for them it would have collapsed. Due to its significance for Sherwood Forest, the tourism industry and its mythological status as the tree where Robin Hood hid it has been preserved.

I scanned the tree, which gave me a lot of data, and all that data was collated into a file which was then turned into a little film.  I created a video that slowly makes the tree rotate. You can just about see that the tree is moving. it rotates one revolution in 33 minutes so very, very slowly.

I’ve made a couple of very small 'Pepper’s Ghost' optical illusions before, but this was on a much bigger scale. it’s the biggest one that I’ve seen in an art gallery.

What does the name Albion represent?

It was around the time of Brexit. The oak tree is the symbol of England, and some people have this idea of England that they don’t want to change.

The tree has been preserved in this way because people want this idea of the past preserved in the present. But the way I presented the work was that it was an illusion. Maybe that old England never really existed.

That England where we didn’t have any immigrants and there was full employment, and everything was rosy. Maybe it’s just an illusion; something that’s conjured up and very beguiling. I wanted to have those thoughts at the periphery and at the back of the work.

As I was making it, the Brexit debate was going on and I thought  I could tie that in with the title of Albion, of old England.

Where did Blitz come into the picture?

I’ve worked with them before on a few different projects, and they are just very good.

They hired and installed the projector and they’re very understanding about implementing what it is that you want. 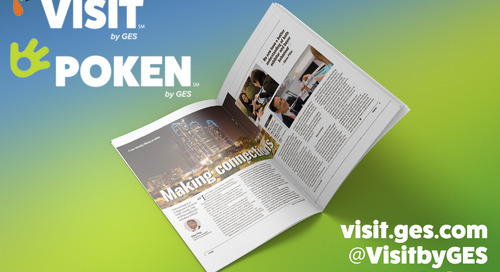 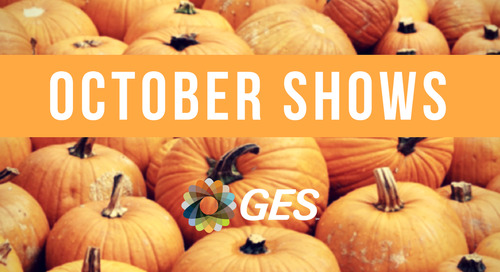 Have a 'fright-free' show in October

Halloween is well on it's way and winter is most certainly coming.