SANDY, Utah (November 1, 2018) - Back by popular demand, Warner Bros. Consumer Products (WBCP) and GES Events will once again offer Christmas in the Wizarding World, the family-fun Harry Potter-themed retail experience. The seasonal store opens today at The Shops at South Town and will stay open through January 21, 2019.

To celebrate the return of Christmas in the Wizarding World, Oliver Phelps who played George Weasley in the Harry Potter films, will visit The Shops at South Town on November 7. Fans are invited to attend a Q&A session at 7p.m. and several lucky fans will have the chance to attend a meet-and-greet. For more details on the Q&A, and to learn how to win a chance to attend the meet-and-greet, visit www.shopsatsouthtown.com. 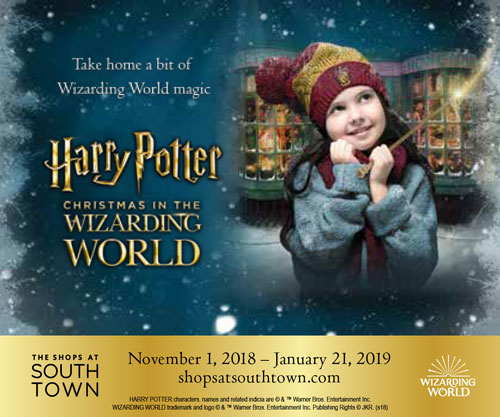 Christmas in the Wizarding World is reminiscent of the setting and atmosphere of a wintry Hogsmeade village featuring a specially curated selection of Wizarding World merchandise. The engaging shop offers an extensive wand assortment, film-inspired window displays and an enhanced green screen experience, among other interactive elements. Key features of the experience include:

“Christmas in the Wizarding World gives fans and shoppers a magical Harry Potter themed experience,” said Robin Stapley, vice president of design and creative, GES Events. “The Shops at South Town is the ideal place in Utah for this holiday retail experience.”

“Building on last year’s debut, we are bringing back even more magical discoveries for this year’s Christmas in the Wizarding World,” said Heather Nash, marketing manager at The Shops at South Town. “We look forward to opening the doors to friends, families and fans to enjoy this unique and memorable holiday experience.”

After last year’s successful debut, Christmas in the Wizarding World was recognized with a MAXI Award during the 2018 Global Awards sponsored by the International Council of Shopping Centers (ICSC). The MAXI Awards showcase the retail real estate industry’s most innovative events, programs and technologies that add value to shopping centers and companies across the country. Read more here.

“It’s phenomenal to collaborate with a talented group of people and companies in creating this incredible experience for our guests,” said Najla Kayyem, senior vice president of marketing at Pacific Retail Capital Partners, the owner and operator of The Shops at South Town. “We look forward to welcoming this year’s returning Wizarding World and all of the magic it promises.”

The Shops at South Town

About The Wizarding World

More than two decades ago, a young Harry Potter was whisked onto Platform 9¾ at King’s Cross Station, and readers everywhere were swept along with him into a magical universe, created by J.K. Rowling.  In the years since, the seven Harry Potter bestsellers have inspired eight blockbuster movies, an award-winning stage play, and, more recently, the successful start of the Fantastic Beasts five-film franchise.  People of all ages have been enthralled by these extraordinary adventures, set within an ever-widening shared universe, inspired by the vision of J.K. Rowling.

About Fantastic Beasts: The Crimes of Grindelwald

Warner Bros. Pictures’ “Fantastic Beasts: The Crimes of Grindelwald” is the second of five all new adventures in the Wizarding World™ created by J.K. Rowling. At the end of the first film, the powerful Dark wizard Gellert Grindelwald was captured by MACUSA (Magical Congress of the United States of America), with the help of Newt Scamander. But, making good on his threat, Grindelwald escaped custody and has set about gathering followers, most unsuspecting of his true agenda: to raise pure-blood wizards up to rule over all non-magical beings. In an effort to thwart Grindelwald’s plans, Albus Dumbledore enlists his former student Newt Scamander, who agrees to help, unaware of the dangers that lie ahead. Lines are drawn as love and loyalty are tested, even among the truest friends and family, in an increasingly divided wizarding world.

“Fantastic Beasts: The Crimes of Grindelwald” is directed by David Yates, from a screenplay by J.K. Rowling. The film is produced by David Heyman, J.K. Rowling, Steve Kloves and Lionel Wigram. Tim Lewis, Neil Blair, Rick Senat and Danny Cohen serve as executive producers. Opening on November 16, 2018, the film will be distributed worldwide in 2D and 3D in select theatres and IMAX by Warner Bros. Pictures.

About The Shops at South Town

Pacific Retail Capital Partners (PRCP) is one of the nation’s premier retail operating groups of large open-air centers and enclosed malls, with more than $1.3 billion in retail assets presently under management in the United States. Based in Southern California, PRCP provides end-to-end sourcing, assessment, underwriting, valuing, developing, and asset management of retail real estate with a proven track record of repositioning retail properties. PRCP strategically manages over 9.5 million square feet of regional malls and open-air lifestyle centers. The Executive team has over 150 years of collective real estate expertise with deep experience in leasing, marketing, operations, design, development, investment, and finance. With a keen focus on enhancing the value and quality of its growing portfolio, PRCP is dedicated to creating a unique, strategic vision for each property and exceeding the highest expectations of retail investors, retailers, and consumers. To learn more visit pacificretail.com or follow social media at: Facebook:https://www.facebook.com/pacificretailcapitalpartners/

GES Events is part of GES, a Viad Corp (NYSE: VVI) company, and a global, full-service provider for live events, producing corporate events, exhibitions, conferences, congresses, exhibits and entertainment experiences. GES provides a wide range of services, including official show services, audio visual, cutting-edge creative and design, marketing and measurement services, and event registration services – all with an unrivaled global reach. GES partners with leading shows and brands, including Warner Bros. Consumer Products, Spring Fair Birmingham, MAGIC, and CONEXPO-CON/AGG and IFPE. GES’ National Servicenter® has been recognized with certification under the J.D. Power Certified Contact Center Program℠ for the past ten years, and for the ninth year in a row, Ad Age has named GES as one of the Nation’s Largest Experiential/Event Marketing Agency Networks. For more information visit www.ges.com.

Warner Bros. Consumer Products (WBCP), a Warner Bros. Entertainment Company, extends the Studio’s powerful portfolio of entertainment brands and franchises into the lives of fans around the world. WBCP partners with best-in-class licensees globally on an award-winning range of toys, fashion, home décor, and publishing inspired by franchises and properties such as DC, J.K. Rowling’s Wizarding World, Looney Tunes and Hanna-Barbera. The division’s successful global themed entertainment business includes groundbreaking experiences such as The Wizarding World of Harry Potter and Warner Bros. World Abu Dhabi (opening 2018). With innovative global licensing and merchandising programs, retail initiatives, promotional partnerships and themed experiences, WBCP is one of the leading licensing and retail merchandising organizations in the world. 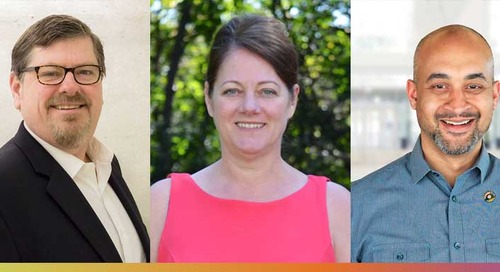 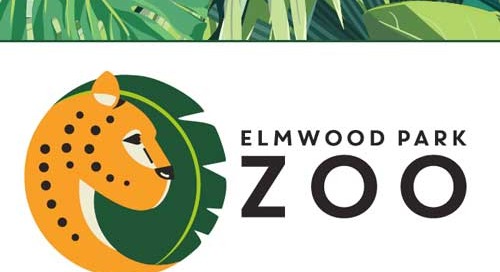