Home » News » HARRY POTTER™: THE EXHIBITION, OPENING IN MADRID ON SATURDAY, ANNOUNCES EXTENSION DUE TO POPULAR DEMAND!
× Share this Article

HARRY POTTER™: THE EXHIBITION, OPENING IN MADRID ON SATURDAY, ANNOUNCES EXTENSION DUE TO POPULAR DEMAND!

MADRID, 17 November 2017 – This Saturday, November 18, Harry Potter™ fans in Spain will finally have the opportunity to step inside the famous wizard’s world when Harry Potter: The Exhibition opens at Pavilion 1 of IFEMA.  Actors James and Oliver Phelps, who played Fred and George Weasley in the Harry Potter film series, bring their magical wit and charm to Madrid to celebrate the grand opening.

Ahead of its opening, the exhibition has been extended through April 2, 2018. A record-breaking pre-sale period resulted in more than 150,000 tickets sold for the exhibition in Madrid since its announcement in late September.

Since its world premiere in Chicago, the traveling exhibition has received more than 4 million visitors and included stops in Boston, Toronto, Seattle, New York, Sydney, Singapore, Tokyo, Paris, Shanghai, Brussels and The Netherlands.  Tickets for the exhibition at IFEMA are available at www.harrypotterexhibition.es

“Harry Potter is a transgenerational phenomenon with a huge fan base in Spain. The reaction has been spectacular and we are delighted to welcome this international exhibition to Madrid,” said Rafael Giménez of Sold Out. “It is an honor to bring such a beloved brand to Madrid. I am delighted to give Spanish fans a chance to experience Harry Potter: The Exhibition,” added Pascal Bernardin of Encore.

“We are thrilled to bring Harry Potter: the Exhibition to Madrid. We hope everyone will have a chance to be drawn into the magical spell of this exhibition, allowing them to relive their favorite moments from the films,” said Robin Stapley, vice president of design and creative for GES.

The exhibition in Madrid will be open from November 18 through April 2. Timed-entry tickets are required, and the last entry will be one hour before the closing of the exhibition. Tickets to the exhibition are on sale at www.harrypotterexhibition.es.  Please check the website for opening dates and hours.

GES, a Viad Corp (NYSE: VVI) company, is a global, full-service provider for live events, producing corporate events, exhibitions, conferences, congresses, exhibits and entertainment experiences. GES provides a wide range of services, including official show services, audio visual, cutting-edge creative and design, marketing and measurement services, and event registration services – all with an unrivaled global reach. GES partners with leading shows and brands, including Warner Bros. Consumer Products, Spring Fair Birmingham, MAGIC, and CONEXPO-CON/AGG and IFPE. GES’ National Servicenter® has been recognized with certification under the J.D. Power Certified Contact Center Program℠ for the past nine years, and for the eighth year in a row Ad Age has named GES as one of the Nation’s Largest Experiential/Event Marketing Agency Networks. For more information visit www.ges.com. 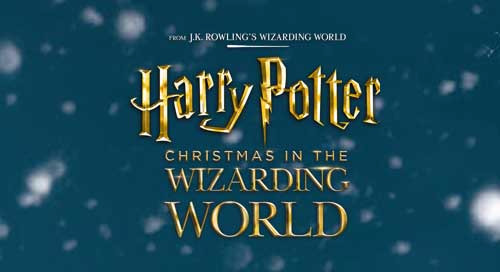