Home » Press Releases » GAME OF THRONES®: THE TOURING EXHIBITION EXPERIENCE THE ARTISTRY OF THE WORLD OF WESTEROS AT PARIS EXPO / PORTE DE VERSAILLES
× Share this Article

GAME OF THRONES®: THE TOURING EXHIBITION EXPERIENCE THE ARTISTRY OF THE WORLD OF WESTEROS AT PARIS EXPO / PORTE DE VERSAILLES

Paris, April 23rd, 2018--- HBO® Licensing & Retail, GES Events and OCS, the French exclusive broadcaster of all new episodes of Game of Thrones, announced today that GAME OF THRONES: THE TOURING EXHIBITION will open at Paris Expo / Porte de Versailles on June 1st,, 2018 and remain open through to September 2nd, 2018. This exhibition is presented in partnership with Encore Productions. 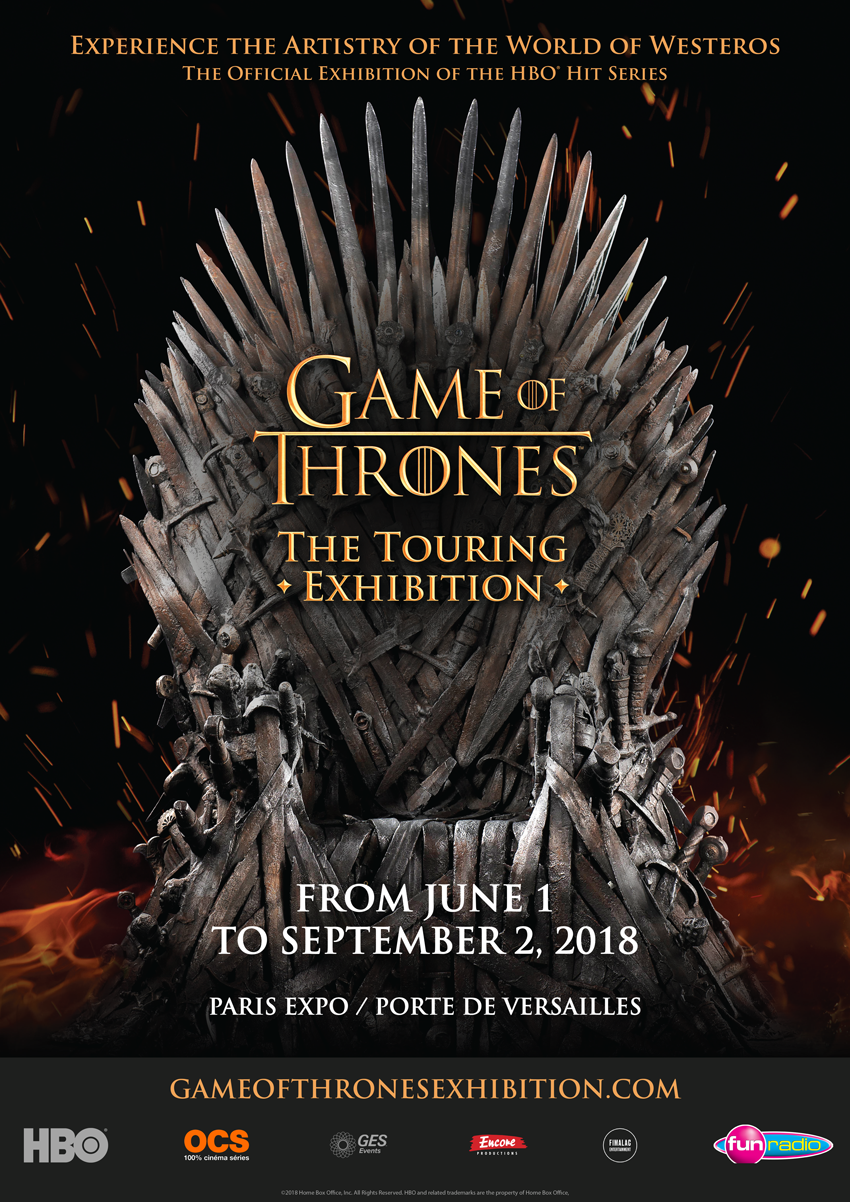 The new 2,000-square-meter interactive experience, inspired by the hit HBO series, is filled with breathtaking images and enthralling artifacts to give Game of Thrones fans an up-close and personal look at authentic props, costumes and set decorations from the groundbreaking show. Tickets to this blockbuster event are available at www.gameofthronesexposition.fr starting Tuesday, April 24.

“We couldn’t be more excited to bring GAME OF THRONES: THE TOURING EXHIBITION to Paris this summer,” said Jeff Peters, vice president of licensing and retail at HBO. “After the overwhelmingly positive response from the global debut in Barcelona, we are thrilled to share the experience with our French Game of Thrones fans.”

“The next stop for GAME OF THRONES: THE TOURING EXHIBITION in Paris promises to be exciting,” said Robin Stapley, vice president of creative and design at GES Events.  “To see, in one place, the beautiful, hand-crafted work of the talented artisans, designers, and craftsmen who bring the world of Westeros to life will be thrilling, and we are so happy to bring it to Paris this summer.”

“It is a great pleasure and an honor to be part of this new adventure,” said Pascal Bernardin of Encore Productions.  “At last this iconic series has been turned into a live exhibition, Paris is impatiently awaiting its arrival.”

Additional information will be released in the coming weeks.  For more information, please visit www.gameofthronesexposition.fr.

On March 2017, HBO and Orange extended and expended their multi-year agreement.

Since then and as a subsidiary of Orange, OCS now offers to its subscribers an unlimited access to the full HBO catalogue of several thousand hours of series, films and other programs via a dedicated SVOD HBO area on OCS Go, the OCS catch-up service.

The arrival of GAME OF THRONES®: THE TOURING EXHIBITION is a new opportunity for Westeros fans to re-watch all seasons of the worldwide acclaimed show on OCS Go. Last season will air on 2019 at the same time as in the US.

HBO Licensing & Retail, a division of Home Box Office, Inc., partners with best-in-class licensees around the world to give HBO's global audience new and exciting ways to engage with their favorite shows. The division leverages iconic, award-winning HBO programs such as Game of Thrones, VEEP, Sex and the City, Silicon Valley, Insecure, The Sopranos, Big Little Lies, True Blood and more to create officially licensed consumer products, innovative merchandise programs, retail activations and live immersive experiences.  HBO Licensing & Retail works across a broad range of product categories, including collectibles, apparel, publishing, live branded experiences, digital gaming, fashion and beauty collaborations, luxury accessories, and beyond. Officially licensed HBO merchandise can be purchased in retail stores around the world, online in the US at http://store.hbo.com and in Europe at www.hboshopeu.com, and at the groundbreaking HBO retail hub, the HBO Shop®, located at 42nd and 6th Avenue in New York City.

GES Events is part of GES, a Viad Corp (NYSE: VVI) company and a global, full-service provider for live events, producing corporate events, exhibitions, conferences, congresses, exhibits and entertainment experiences. GES Events offers a wide range of services, including official show services, audio visual, cutting-edge creative and design, marketing and measurement services, and event registration services – all with an unrivaled global reach. GES partners with leading shows and brands, including Warner Bros. Consumer Products, Spring Fair Birmingham, MAGIC, and CONEXPO-CON/AGG and IFPE. GES’ National Servicenter® has been recognized with certification under the J.D. Power Certified Contact Center Program℠ for the past nine years, and for the eighth year in a row Ad Age has named GES as one of the “World’s 50 Largest Agency Companies.” For more information visit www.ges.com.

Encore was created in 1987 by Pascal Bernardin and has since been a major player of the live entertainment business in France, presenting rock and pop artists (The Rolling Stones, Madonna, Prince, Supertramp), family shows (Walking with Dinosaurs, Riverdance, Lord of the Dance, Violetta) and musicals (Mamma Mia!, Bagdad Café).  Since 2008, Encore has developed the "edutainment" genre in France through different exhibitions: "Our Body The Universe Within”, "Days of the Dinosaur”, "Tutankhamon / His Tomb and His Treasures”, "Titanic The Exhibition”, and "Ice Age Exhibition”.

In November 2014 Encore Productions joined the Fimalac Entertainment Group to develop the exhibitions market in France and Europe: "The Art of the Brick” in Paris and Zurich, “Harry Potter” in Brussels (in partnership with Firestarter), in Madrid (in partnership with Sold Out) and in (in partnership with Di&gi and Sold Out), and Jurassic World the Exhibition at the Cité du Cinéma in Paris / Saint Denis. Encore is very happy to present the iconic exhibition GAME OF THRONES: THE TOURING EXHIBITION at Paris Expo / Porte de Versailles.

Rates and conditions according to the distributor. 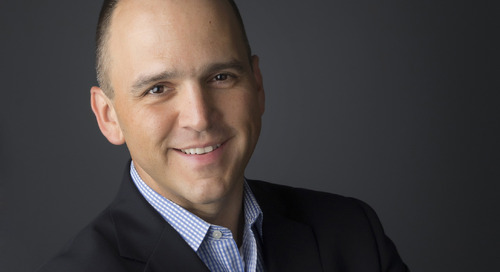 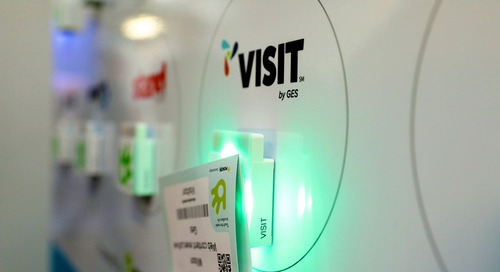