Bern Pet Foods wanted to re-launch themselves as a major player in the premium pet food market at Crufts. After exhibiting with a 6m2 shell scheme the previous year, Bern wanted to set tails wagging with a giant 100m2 space to run alongside their sponsorship of the event. Our task was to show why Bern’s pet food deserved to be best in show.

“We wanted an impressive, impactful stand that really stood out amongst a plethora of competition.”
BERN PET FOODS

Bern Pet Foods had 3 main objectives for us to help them achieve at Crufts:

“We received plenty of compliments regarding the stand and our staff were literally rushed off their feet with consumer sales...”
BERN PET FOODS

Having previously exhibited in shell schemes, Bern wanted a space that was unmistakably theirs to rival their competitors. So we created a distinctive North American ‘timber lodge’ theme; an homage to the all-natural ingredients that go into the pet food and a nod to farmers who produce those ingredients (and because it looks pretty cool too). Aside from the timber graphics installed all over the space, we also propped the stand with rustic barrels and crates to make interesting displays.

And while the space had to look good, it also had a job to do. Crufts always has high levels of foot/paw-fall; therefore access to the space – and the product displays within – needed to be as clear as possible. So instead of making a front and a back, the space was an island with access from any angle – allowing visitors to view, find out more and buy products with ease.

What space is complete these days without technology? iPads were mounted on corner units, as were literature dispenser units, to allow access to the Bern website/Twitter pages. A big plasma screen was installed to display informational materials about the health benefits of the products Bern stocks.

We were delighted with the designs put forward by GES and, after months of closely working together, it was a joy to see the finished product. A big “thank you” to GES for all their tireless efforts and for getting it so “right” on the day!
Colin Rodger | Managing Director, Bern Pet Foods The Paris Air Show was the first time AVIAGE SYSTEMS took their brand to an exhibition under their own stea... The stand needed to be open plan with areas subtly divided by function to create a better visitor experienc... 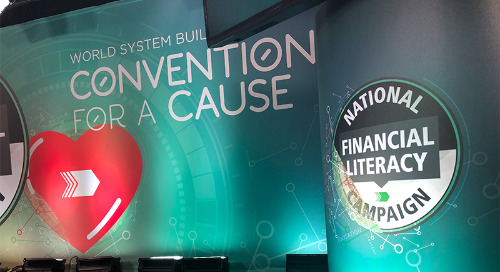 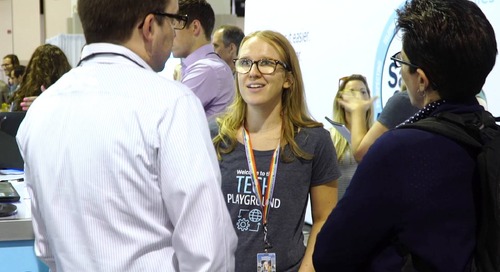 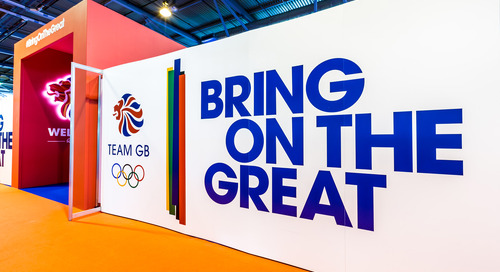