The growth of the live music industry and movies pushed audio technology from its very humble beginnings into quite technically advanced systems that were utilized in the event industry. And certainly audio systems have evolved far from being a simple PA at today’s events – they are engaging, immersive and highly refined masterpieces that are played by audio artists around the world.

For the electric PA, or audio system, to come into being, the component parts first had to be invented and then combined to fulfill a need. The three basic building blocks of all PA systems are:

Or, in simple terms, we need a microphone, an amplifier, and a loudspeaker.

Most historians go with David Edward Hughes, who seems to have beaten Alexander Graham Bell, Emile Berliner, and Thomas Edison by a few years to demonstrate his rudimentary carbon microphone in 1875. He never sought a patent for his invention, as he wanted it to be a gift to mankind but he did coin the word “microphone” by thinking of it as the audio equivalent of the microscope. 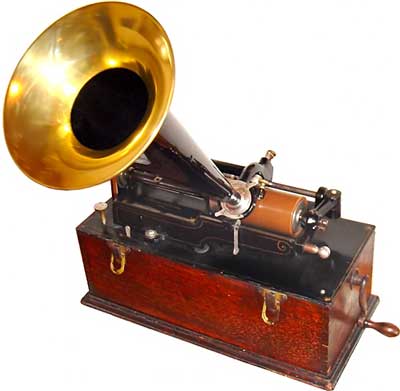 Throughout the 1870s and 80s, various loudspeaker-like devices existed, most notably on Alexander Graham Bell’s telephone (1876) and Edison’s phonograph (1877), but the true moving coil loudspeaker, the forebear of all loudspeakers since, was invented by Oliver Lodge in 1898.

The final piece of the PA puzzle came along in 1906 when Lee DeForest invented the Audion, the first device capable of amplifying an electrical signal.

The first documented example of an electric PA system being used to amplify speech and music at a public event was on December 24, 1915, at San Francisco City Hall, when Jensen and Pridhams’ Magnavox system was publicly demonstrated (Magnavox being Latin for “great voice”).

Improvement and refinement of PA technology continued, with systems for motion pictures being a primary driver. Things really started to get interesting during the 1950’s as the invention of the electric guitar and the growing popularity of rock ‘n’ roll increased the need for greater amplification.

In 1967, the Monterey International Pop Festival becomes the first large rock music festival and the Broadway musical “Hair” opened with a high-powered sound system. These large format demands for more power continued to drive evolution forward with technology being invented to fill the need.

Once the amplification concern was addressed, focus turned to the quality and shape of the sound that was now coming (loudly) from the system. EMT produced the first digital reverberation unit as its Model 250 in 1975. The ability to affect the quality of the sound coming out of an audio system charged the well-known 1970’s commercial, “Is it Live or is it Memorex?” In the TV commercial, the “Queen of Jazz,” Ella Fitzgerald, would sing a note that shattered a wine glass while a Memorex tape recorded her voice. When playing back the recording from the tape, the commercial would question the audience, “Is it live or is it Memorex?” The idea being that with new technology, live and recorded sound couldn’t be differentiated.

The Digital Era to Current

Digital audio is an audio signal or more simply, a sound signal that has been converted into digital form, where the sound wave of the audio signal is encoded as numerical samples in continuous sequence.

Digital audio systems may include such applications and are used to manage compression, storage, processing and transmission components. Conversion to a digital format allows for convenient manipulation, storage, transmission and retrieval of an audio signal. Unlike analog audio, in which making copies of a recording may degrade the original recording quality when using digital audio, an infinite number of copies can be made without any degradation of signal quality.

Where Audio Technology is Today

Electronics are getting more efficient

Gone are the days of seeing racks on racks of amplifiers on stage. In the past, an Audio Engineer required many racks of amplifiers for a show, as each one was capable of only producing so much power. Audio Engineers can now fit the same amount of power into a smaller footprint, as amplifiers have got lighter and more powerful. This effectively reduces the quantity or size of the electronics needed to reproduce an amplified signal. 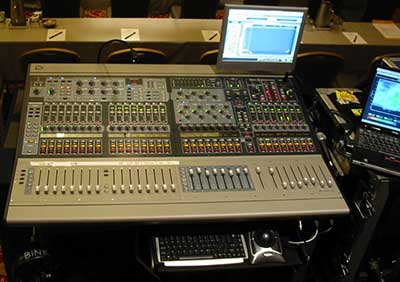 As seen in consumer electronics, technology has advanced to needing smaller components, are made with lighter materials and have immensely more capabilities compared to analog counterparts.

Analog consoles did not have all the onboard processing, effects units. The advent of digital consoles brought on the ability to put much more into a single device.

There is a more prolific use of powered speakers, as opposed to a separate amplifier and speaker combination. In a traditional audio setup, you have amplifiers on the ground and speakers in the air. Now those two components are combined into one. This saves both on the quantity of equipment and the footprint required. Audio Engineers no longer need to have five to six racks of amplifiers to power their system – they only need an electrical distribution rack. They are effectively running power directly to the speakers instead of power to the amplifiers and then cable to the speakers.

With the desire for more control, more flexibility and more creativity, effects units have become ubiquitous in the audio setup. In the days of analog equipment, an Audio Engineer may only have 3 or 4 effects units for the entire show. Now they may have three or four effects units available on a single input. This proliferation of effects units provides Audio Engineers with increased artistic choice and control.

Digital audio can now be carried over a network using audio over Ethernet, audio over IP or other streaming media standards and systems. Digital audio can be carried over digital audio interfaces, such as Dante (delivering ultra-low latency and near-perfect synchronization), AES3 (also known as AES/EBU, this was jointly developed by the Audio Engineering Society (AES) and the European Broadcasting Union EBU) or MADI (Multichannel Audio Digital Interface).

Several interfaces are engineered to carry digital video and audio together, including HDMI and DisplayPort.

Network Control in the Palm of Your Hand

Modern technology now allows everyone to have a computer in their pocket. As we see in Smartphones, technology is getting smaller but the screens are getting bigger. There is a demand for them to do more and more with the ease of just adding an app. This provides the Audio Engineer with the capability to tune the PA and make adjustments right from a Smartphone or tablet, giving them the flexibility to assess the sound quality anywhere in the room and not have to run back to the console to make adjustments.

Computer-based acoustic PA modeling allows Audio Engineers to “design” their audio system rather than “just hang a bunch of speakers.” Systems are now strategically designed, as opposed to just assembled. These CAD programs allow you to input room models and architectural CAD drawings to accurately plan and project how speaker systems will work in a venue before you even get on site. This design work improves PA design and can reduce setup time on site.

Where Audio Technology is Going and What We'd Like to See 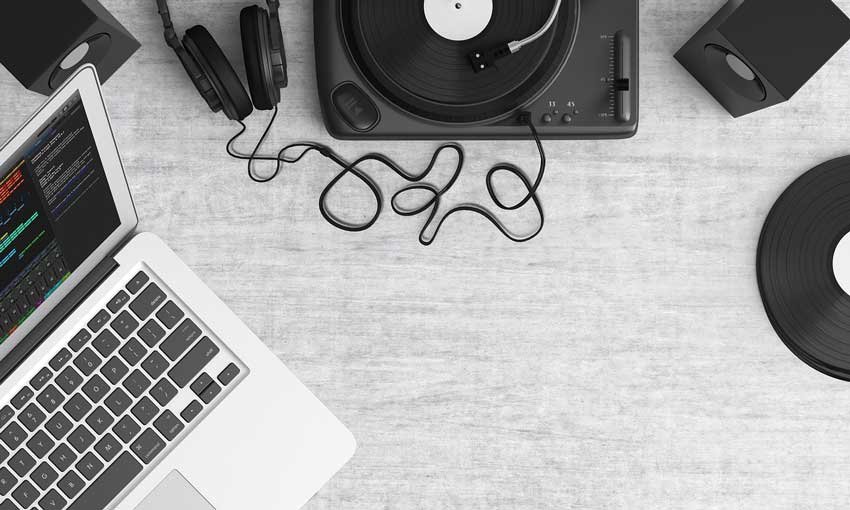 While audio technology hardware advancement appears to have plateaued, the growth will be in the software and programming that manipulates the systems to make them more flexible and allow for greater control and creativity.

While technology never seems to stand still, what we would like to see in the next evolution of audio, would be: 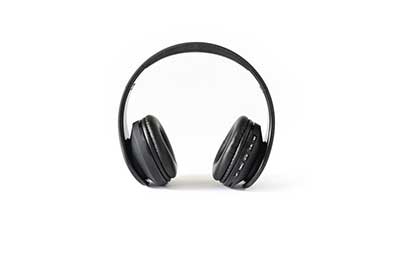 Continuing wireless technology improvements and reliability to reduce the amount of cabling and connectivity that is currently required.

Lighter, smaller and more powerful components that reduce the costs associated with the storage, shipping and setup time for large audio systems.

Cost reductions as new technologies are developed so that the advancements can be put into action on the stages, floors, trusses, and towers of the events of tomorrow.

The audio industry has come along way since that first microphone was created in 1875 and will certainly continue to think “outside the box” to drive future innovation of technology. While basic physics rule the law of sound and how it is carried or transmitted, the Audio Engineers of today and tomorrow will keep on using their creative and the hardware available to meet the demands of an ever-evolving industry.