The use of digital displays at events has soared in popularity over the past 10 years, as more and more event professionals embrace the seemingly endless possibilities of this exciting technology. By crafting new, immersive display environments, audiences are having unique event experiences that are keeping them engaged in event content.

One of these new display technologies is OLED. As one of the most promising event technology for cutting-edge displays and solid-state lighting sources, OLEDs offer plenty of benefits, from brighter colors to a smaller footprint to more mechanical flexibility.

Professionals in the event industry are making OLEDs a key part of their overall digital strategy. So, is it right for your upcoming event? Read on to find out more information on this new digital display technology. Here’s how to get more out of OLED. 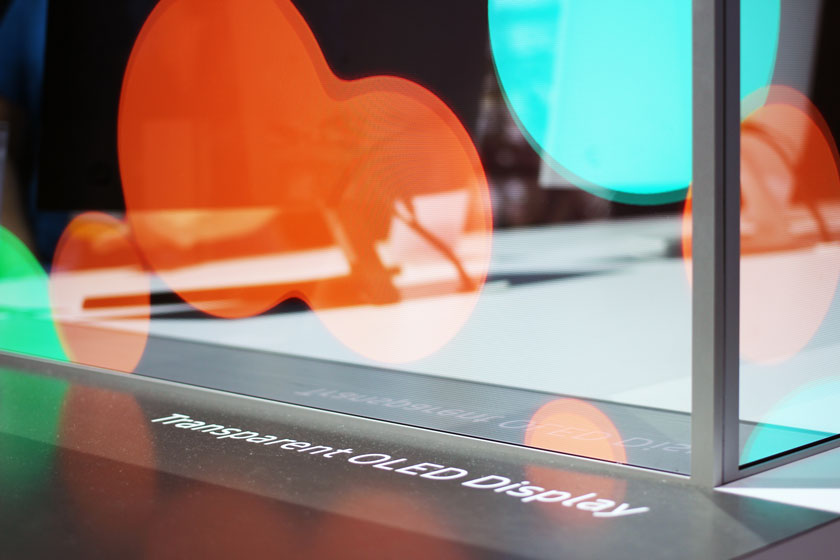 Although some may already know what OLED is, let’s just quickly define it for those that do not.

An OLED (Organic Light Emitting Diodes) is a flat, light emitting technology, made by placing thin flexible sheets of organic electroluminescent material in between two conductors. When the power is on, a bright light is emitted making a visual display. The main advantages to OLED is a sharper image, thinner display, lighter weight and more power efficiency.

This type of display is making its way into event displays across the globe, as event professionals realize the potential benefits. As a technical coordinator or event manager, there are a few ways OLED will help enhance your event, you just need to know the best ways to use it.

Getting Consistent Color and CRI

If you’re installing OLEDs throughout your event, you may hear murmurings among attendees, saying things like, “That image looks as though it’s popping off the screen” or “That color is so rich and deep,” as they move throughout the venue. That’s because OLEDs do not require a backlight (like LEDs do), allowing it to achieve truer colors. So how do you know if an OLED has accurate color? 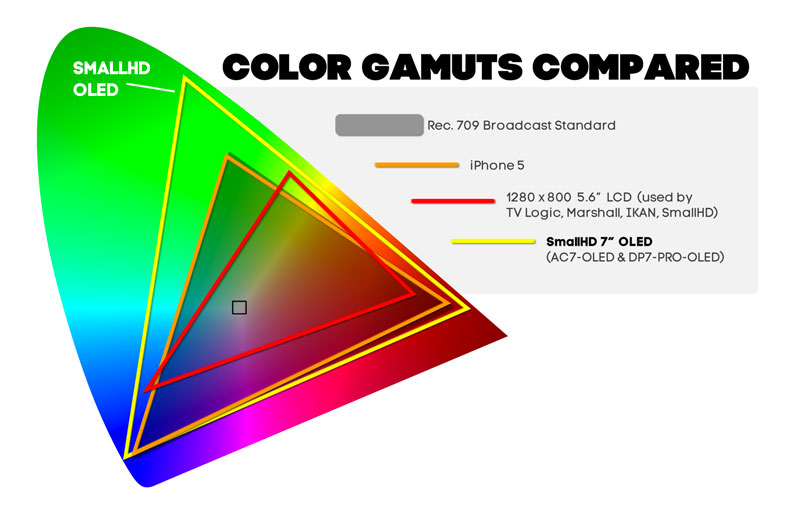 By determining the CRI – or color rendering index. This index refers to the quality of which an OLED light source can represent the colors of an illuminated object.

Often indicated with the symbol “Ra,” you can determine the CRI by quantifying and averaging the visual difference between the test colors (R1 - R15) when illuminated by a reference source or by the source in question. If the rendering index is closer to 100, that indicates the reproduction of colors is higher quality.

There’s no doubt that OLED is better for viewing at an angle. If you’re installing digital displays at your event, there’s almost always going to be some attendees who will have to crane their neck and struggle to see the screen – not anymore.

When you use a traditional LED display, the best viewing angle is dead center, with the picture quality diminishing the farther you move to the left or right. While the viewing angle deterioration

OLED screens can be viewed with no luminance degradation at drastic viewing angles — up to 84º. Compared to LEDs, which only allow for a max viewing angle of 54º for the best screen on the market, OLED is the obvious better choice. 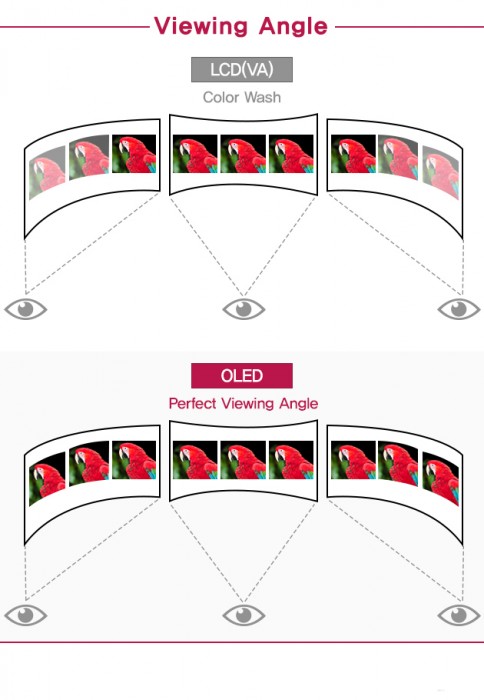 Additionally, OLED manufacturers are beginning to introduce unique, never-before-seen screen types, like curved. A curved OLED truly does have that cool aesthetic factor, which is something that you should take into account. The main purpose of digital signage is to capture viewers’ attention and then serve as a conduit for the sharing of information.

OLED, QLED, 4K and 1080p – there are a lot of choices out there. Is there a big difference between the different screen types and resolutions? In short, yes. The longer answer is more detailed.

We know that OLED is a display technology that offers the highest-quality color and picture without being overly power-hungry. 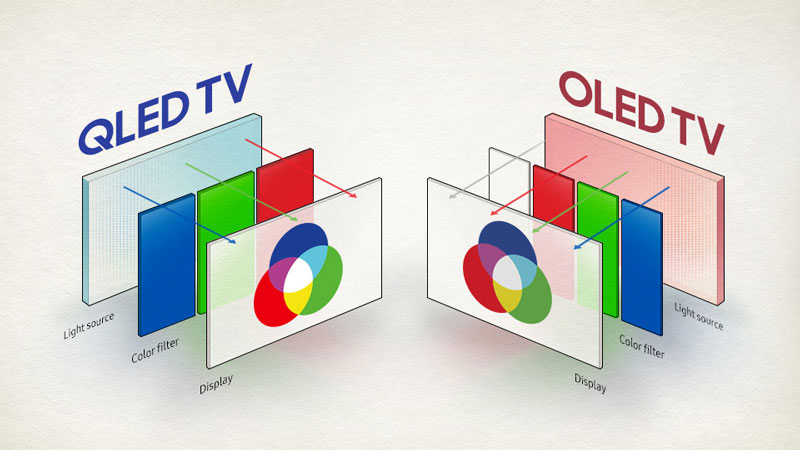 QLED is the newest form of display technology, otherwise known as quantum dot display. QLED is a device that uses quantum dots and semiconductor nanocrystals which can produce pure monochromatic red, green, and blue light. Still new, these displays are highly expensive – for example, a 55-inch Samsung QLED TV costs $2,500.

While looking around, you’ve probably seen 4K and 1080p displays, as well. These two numbers are an alternative aspect of display technology, referring to the number of pixels in a row that a screen can display. The higher this number is, the higher the definition on the screen. This means that 4K will offer the higher-quality picture, with some caveats. For example, 4K only works if you watching content made for it. On the other hand, 1080p resolution and higher can only really be useful if your display is 40 inches or more. 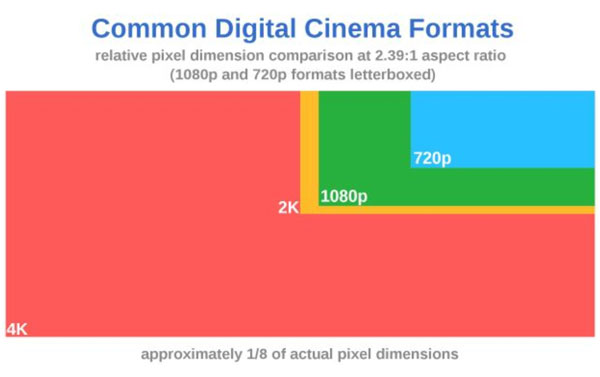 And, of course, there’s regular LED. These two differ on some levels and are the same on others, so the next section is dedicated to LED vs. OLED technology.

Technical differences between OLEDs and LEDs -- Why is OLED superior?

Whether for a digital display or a light source, these two display types may seem similar, but they differ in a number of ways. 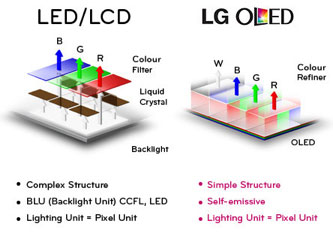 OLED vs. LED for Event Lighting

When it comes to event experiences, lighting is often underlooked in the overall scheme of things, but nevertheless very important. When using light to enhance an environment, choose regular LED if you need an indirect point light. If you instead need a direct surface light, the better choice is OLED. LEDs offer a concentrated source of bright light, whereas OLEDs can be made to fit a wide variety of surfaces.

OLED is also better for general ambient lighting because the soft light can be viewed directly, without the lighting coordinator having to apply shades, diffusers, lenses, louvers, or parabolic shells. The diffuse light allows OLEDs to be used extremely close to the surface area without giving off a glare to the naked eye. This also uses less total light while still reaching desired illuminance levels, saving energy. 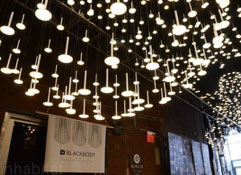 Because OLEDs are organic, they possess a special carbon film behind the screen which emits its own light. This differs from an LED which uses a large backlight to “appear” bright and therefore blacks don’t seem as black and whites don’t seem as white.

When an LED has energy that isn’t transformed into light, it’s turned into heat that’s concentrated in the small crystal that makes it up. With OLEDs however, the heat, as well as the light, is distributed evenly over the whole surface of the panel.

As we were discussing above, this is the reason why LEDs require a bulky heat sink system that can remove and dissipate the heat to protect the internal components. OLEDs do not have this problem since the heat is naturally dispersed throughout the entire surface of the panel and doesn’t need extra dissipation

LEDs’ wavelengths are closely tied to the physical characteristics of the crystal. This is why an LED only creates specific wavelengths – or rather a specific color. Normally, an LED displaying white achieves that color by generating blue and then doing a conversion to lower wavelengths using the phosphors that cover them.

In OLEDs, the generation of wavelengths is tied to each single emission molecule and Doesn’t require a crystalline structure. The various organic materials that generate the light can be appropriately mixed in the emission layer to obtain the desired color.

If we’re being realistic, pretty much any event coordinator is going to have to stick to a budget. That being said, the prices for both of these types of screens do differ. While OLED prices have been coming down year over year, they’re still not at the same level of an LED. When it comes down to it however, many coordinators forget to consider the entire system when renting an LED display. LED displays require the use of complex diffusers and waveguides, resulting in light loss. Additionally, you’ll need heavy, big, bulky heat sinks. With an OLED, you need none of that. You’ll also save a large amount of space for the whole LED system if you want to achieve the same surface light than with an OLED.

The Future of OLED

The future looks promising for OLED, as prices continue to come down and technology, specifically luminosity, improves. The market is predicting that future OLED devices will require both a low power consumption and high brightness. However, current luminous efficacies remain stubbornly low. Efforts to improve these efficacies are imperative to drive the technology forward.

One of the main selling points of an OLED is the efficiency it provides, due to the expressed luminous efficacy (LE). LE, which is given by the ratio of luminous flux to power, is commonly used to measure the power consumption of a light source. Unfortunately, the LE of organic OLEDs still lags behind those of inorganic LED, with different screens having varying degrees of LE ratings. That’s why it’s your job to maximize the energy efficiency of your technology by finding the right compromise with other characteristics, such as size, weight, lifetime and of course, price.

When picking out an OLED, you should be wary of marketing speak. Manufacturers can claim to have a high-lumens product, like 130 or even 150 lm/W. While manufacturers will push these numbers to put their product above their competitors, that number often dips during usage, due to things such as heat management systems, diffusers or other power needs. For instance, in 2012 Panasonic designed a panel with an efficacy of 142 lm/W. However, the panel surface area was only 4 mm2 and the technology did not function on bigger surfaces.

Additionally, the improvement of luminosity will depend on low-driving voltage. For conventional OLEDs, cascade energy alignment is generally considered as a promising device conﬁguration to reduce the energy barrier for this technology.

There are other industry trends that will shape how this new technology unfolds, outlined below.

OLEDs as lighting systems have been making their way into events, buildings and homes in recent years, with OLED panels of 60 lm/W efficacies now being built. The lifetime and features of OLED panels are also improving. The majority of products now see an expected usage of 30,000 to 50,000 hours until light output decreases to 70 percent of initial value, while many can change color and have CRI numbers greater than 90. 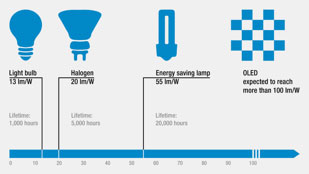 The advances of OLED with general lighting is mainly being hindered by cost. Currently, prices of an OLED panel range from $100-200/klm. The Department of Energy’s Research & Development Plan says prices should drop to around $15/klm by 2025 in order for OLED lighting to become commercially viable.

One of the most exciting developments with OLED is with the way the display technology can be shaped, sized and formed. The potentials of which are staggering, opening up a whole new world of possibilities. For example, below are some ways OLED displays are being built that are changing the entire viewing experience.

As an event professional, you need to know the latest ways to create immersive display environments so you can create a truly memorable audience experience. With the use of OLED technology, you can display event content that’s more colorful, attractive, vivid and efficient.

Best of luck with your upcoming event! If you need any help with the installation, organization or management of your event technology, reach out to the teams at Blitz in the UK and ON Services in the US today. We’re dedicated to creating unique experiences with an innovative approach. Get in touch today to see how we can help.