Recently, we challenged our teams to give back to their communities. What a heartwarming response we received from employees all over the country. We want to share just a few hard-working team members who gave their time and support to worthy organizations in their local areas. Let’s take a tour: 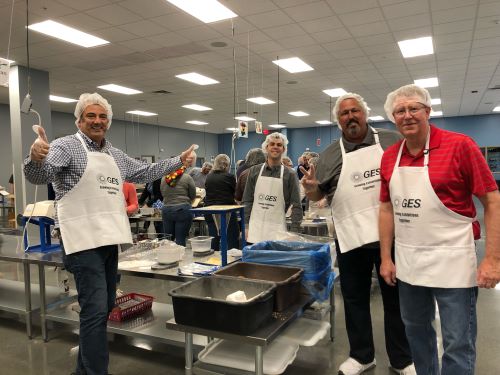 The GES Chicago team volunteered at Feed My Starving Children and packed over a hundred boxes that provided 25,000+ meals to children in need. 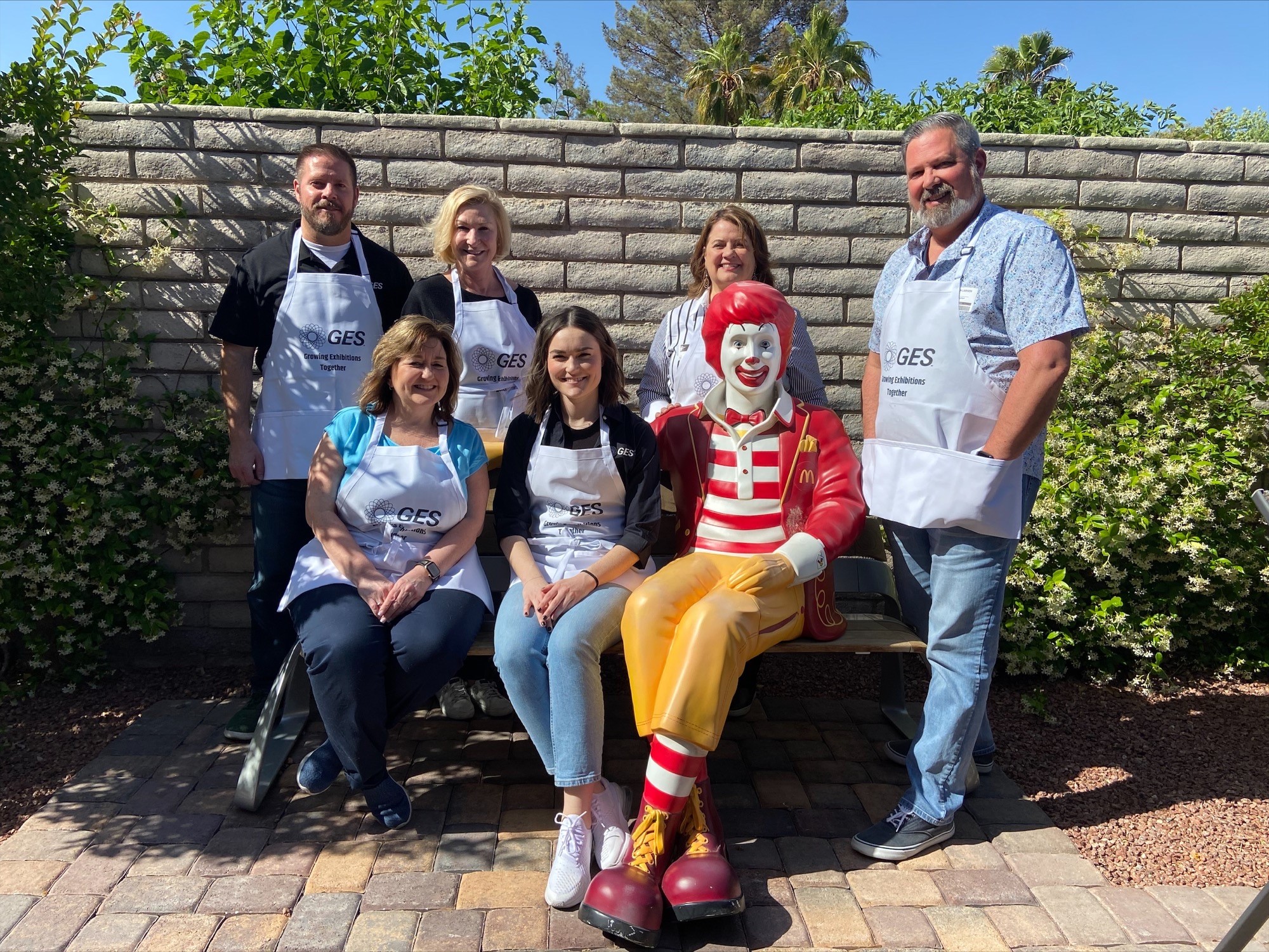 Las Vegas team members had a great time cooking at the Ronald McDonald House. They divided up the tasks, turned on the music, and prepared a meal, led by the fearless kitchen leader – Denise! Brian Larsen was a grill master extraordinaire, and everyone else followed orders.😊

Fifteen family members were staying at the house at the time, but as expected, most were at the hospital with their children. A few were able to be served, but we packaged up the food and provided an overview of dinner for them to eat when they returned.

We met a mother with her daughter who was adopting preemie twins; she was on week three, but her daughter had been there for nine weeks already.  It really was a gift to have a home to stay in while she waited for the babies to be strong enough to leave the hospital.

Spread the Word Nevada
Kristin Zelaya and her sons, ages 12 & 14, toured the facility and helped clean and sort the books that were donated. She will be setting up other volunteer events in the future to get the GES Las Vegas team together to support the community.

Desert Pigs
Andi Parsons and a friend supported an organization called “Desert Pigs.” They work to keep the local desert and mountains free of dumped trash and debris. 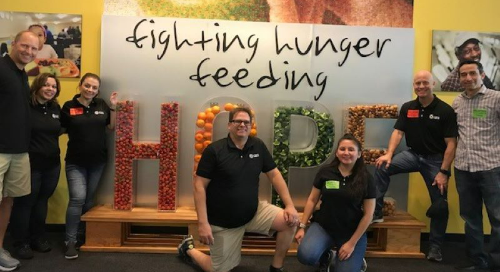 Team Orlando volunteered at the Second Harvest Food Bank, a private, non-profit organization that collects, stores, and distributes donated food to more than 500 feeding partners in six Central Florida counties. The team packaged 850 COVID relief boxes and bagged over 8000 pounds of potatoes for those in need in the Central Florida community. The team thanks Second Harvest Food Bank for inspiring and engaging the community to fight hunger and feed hope.

GES Orlando team members supported the Lowes Hotels at Universal Orlando Charity Golf Tournament benefiting U.S. Hunger. As a Silver Hole Sponsor, our team greeted players, served beverages, and engaged in a game of corn hole for a chance to win a prize. 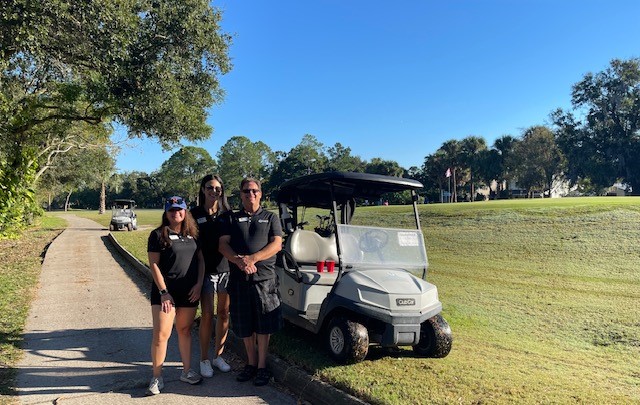 U.S. Hunger began “around the table.” The founder started the organization in 2010 around his kitchen table to send meals to the earthquake-ravaged villages in Haiti. Over the last decade, millions of meals have been distributed across the globe and right here in the United States. We are a proud sponsor of the Loews Hotels at Universal Orlando Charity Golf Tournament and are honored to support U.S. Hunger's efforts in providing healthy meals to those in need and addressing hunger at its root cause. 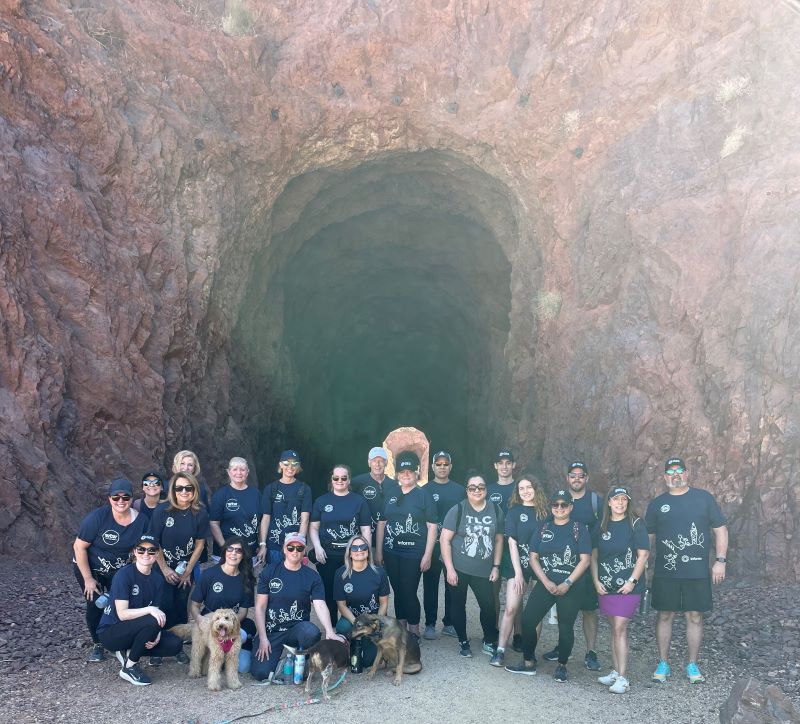 Walk The World is Informa's flagship annual colleague event, which encourages everyone around the world to spend some time away from the desk, having fun and raising money for good causes and local communities. Each group takes part in a walk and raises money for local causes that matter to them. GES chose Three Square Food Bank as their cause of choice and raised a total of $1,355. Three Square is Southern Nevada's only food bank and the area's largest hunger-relief organization.

Give Back With GES At IAEE Expo! Expo!

We are excited to continue to grow exhibitions and our communities on Tuesday, December 13th from 9:00 am-5:00 pm at IAEE Expo! Expo! in the GES Educational Activation Room as we support Backside Learning Center at Churchill Downs, an organization that enriches the lives of backside workers and their families, as we create school packets for children and teens. Make plans to volunteer with us.

Register to attend Humanity Rocks: A Celebration With a Cause on Wednesday, December 14th from 9:00 pm – 12:00 am at Tavern on Fourth.

Humanity Rocks is an event that focuses on bringing industry friends and colleagues together to have fun while giving back to the local community.  Since its inception, the Humanity Rocks fundraiser has raised thousands of dollars for charities designated by host city destinations. “Throughout the year our GES team members partner with various associations to create fundraising opportunities to support organizations that are in need of additional resources,” said Chuck Grouzard, EVP of Business Development.  “Humanity Rocks is a great way to celebrate with our industry partners, knowing all year long we were able to keep our giving mindset at the core of who we are.” GES is a proud sponsor of IAEE Expo! Expo! and a founding sponsor of Humanity Rocks.